Pineapples grow easily in the fertile soil of the Nyamasheke District in Rwanda’s Western province. But with the fruit in such high supply during the harvest season and no local means available to process it, farmers here have always struggled to get a decent price for their produce.

As in the rest of the country, agriculture is the main source of income for many households. The Rwandan economy may boast a low unemployment rate, but national labour statistics show that over 60% of the country’s workers are in fact self-employed in the agricultural sector. These subsistence farmers typically have little control over the prices they are paid for their produce and so remain trapped by poverty. Women are also most likely to bear the brunt of poverty as, according to Oxfam, they head close to a third of agricultural households and provide almost two thirds of the labour on family farms.

Agasaro Organic is helping to change this for the 552 farmers in Nyamasheke who now act as its contracted suppliers, Agasaro is a woman-owned business which processes pineapple, maracuja, strawberry, honey and other agricultural products to make organic juices and biscuits.

Agasaro not only offers farmers fair pricing, but also assists them with training and fertilisers to improve their yield. Sindayigaya John (33), a pineapple farmer who employs 25 workers to work his land, says working with Agasaro has allowed him to earn more than double the income he did when he sold his fruit at local markets:

“Working with Agasaro has improved our lives. My two children are now going to a better school and I am paying my employees’ salaries on time, which has also improved their lives. My vision is to one day also start a business like Agasaro.”

Isimwe Noella (26), also farms pineapples with her parents and five brothers. The family supplies three tons of fruit to Agasaro every week to earn around Rwf1,500,000. Before they could only make Rwf200,000 to 300,000 at local markets:

“The quality of my crops has also improved because of the assistance and fertilisers which Agasaro provides us. Working with Agasaro has financially transformed our lives at home,” Noella says.

While Agasaro’s were increasing steadily, inadequate packaging equipment was limiting its ability to increase production. In 2017, a lack of packaging materials even started to impede sales growth. Agasaro and other Rwandan manufactures previously relied on imports from Kenya to obtain plastic packaging. But stringent new Kenyan legislation banned the use of manufacturing of certain types of plastic bags used for commercial and household packaging.

Isabelle Uzamukunda, the owner and managing director of Agasaro, approached GroFin for working capital to finance the purchase of new packaging machines to help address this shortage. As part of its business support offering, GroFin assisted Uzamukunda in the selection of appropriate packaging machines and helped her to review her business plan.

Uzamukunda says the financing and support she has received from GroFin has helped to increase Agasaro’s sales and staff complement:

“Before receiving GroFin’s support my monthly sales were never above Rwf20.2 million. Now my current turnover stands at Rwf29 to 30 million. I had 16 staff members, but now my team has grown to 26 employees.”

Ntwali Victor (34) is one of these new employees. Victor tried to support his wife and child by doing casual or temporary jobs before he started working as an electrician at Agasaro a year ago. His wife couldn’t find permanent work either but earning a steady salary has helped to change that too:

“I paid for my wife to complete technical school and now she has a small sewing business. I can pay my rent on time, pay for medical services and send my child to a better school. We were two jobless people at home – now one of us has a permanent job and the other a business to run.”

GroFin has also assisted the business with networking and market identification and Uzamukunda says this has helped Agasaro to qualify for grants from different donors:

“I have the contract for a $199,000 grant for the construction of a modern plant in-hand and signed. This is all because of GroFin’s financial support and business advice which have taken me to another level as a businesswoman.”

Mr Kikwete made these remarks during a recent visit to Binti Africa in February, the fashion house from which he has been buying his vintage African print shirts since his presidential tenure. Binti Africa specialises in the production of clothing from African textiles. It is the only fashion house styling the officials of the Tanzanian Government, with the current vice president of Tanzania, Honorable Samia Hassan Suluhu, among its clients.

Mr Kikwete was very impressed by Binti Africa’s workshop and the creativity and quality of its current designs. He congratulated Johari Sadiq, fashion designed and CEO, on being self-employed and for producing top-quality clothing which can compete in the global market. 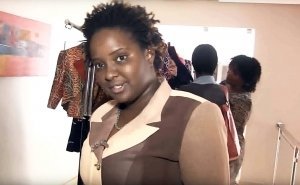 Mrs Sadiq founded Binti Africa in 2009 at the age of only 23, but with no business background or experience in the fashion industry she struggled to access finance to grow the business. The ILO Women Entrepreneurs Survey 2014 revealed that 85% of women interviewed in Tanzania financed their start-ups from their own savings, mainly due to high interest rates and collateral requirements. It also indicated that access to business development services (BDS) is crucial for women entrepreneurs to strengthen their capacity to start, effectively manage and grow their business.

But Mrs Sadiq’s passion for fashion led her to persevere and 2016 she obtained the finance she needed to set up a modern factory from GroFin, a pioneering private development financial institution which specialises in financing and supporting small and growing businesses across Africa and the Middle East. GroFin provided Binti Africa with funding to acquire modern equipment and high-quality fabrics which enabled it to create the exquisite garments it has become known for.

“My advice to other women entrepreneurs is to never be afraid of failure. Massive failure leads to massive success. Take risks, be open to learning lessons and take criticism well. Believe in yourself, because what a man can do, a woman can do just as well,” Mrs Sadiq said about her journey as a women entrepreneur during an interview with GroFin last year.